We got an Upgrade!! 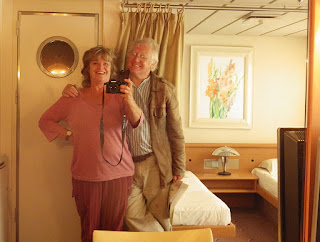 We have been sailing happily to and from Portsmouth/St Malo to and from our house in Brittany for around 16 years now. Happily? Well largely, yes. But I've often banged on about "Two hundred crossings and never an upgrade... This would never happen on Virgin" and the usual 'my glass is half empty' moans. I always thought that nobody was listening or at least 'passing on the message'... After all Brittany Ferries and we (at A House in Brittany Ltd.) - well, we sing from the same hymn sheet. For us Brittany is one of the most perfect areas on the planet and... in a bunch, we like nothing more than to pass on the good news... "Selling the Sizzle" 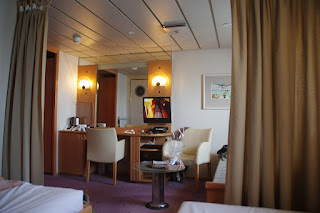 Back in March our trip was booked for the 2nd and, as we almost always did, we dropped by the nursing home where my mother in law, Sue, 99, was always pleased to know just what we were up to and always sat through my slideshows on the day after our return from Brittany... (usually making all the right comments of someone impressed and interested in loft insulation, garden mowing, next door's dog rolling and tumbling with their goats, local Breton festivals and spectacles, our prowess as wall builders, floor tiling and general renovations the like of which is much of what of our photo's would include). On March 2nd I had spent much of the day up until our normal leaving time strapping one half of a Chesterfield settee to the back of our truck and packing around it all manner of essentials to complete the load. 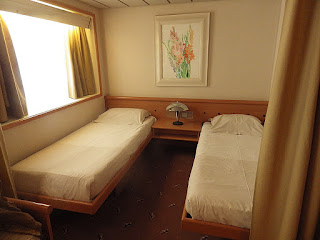 As I breezed through the door into Sue's room at the Beeches Nursing Home I realised things weren't as they should be. Instead of her sitting in her chair tackling the crossword in the daily paper and with 'Escape to the Country' on TV... she was in bed... curtains half drawn and without the television to accompany her day... I did a stage whisper over my shoulder to Micki as she followed me into the room... "I don't think we're going anywhere!"...

To cut quite a long story short... Sue was not at all well and Micki suggested very quickly that I should go back to our house phone Brittany Ferries and postpone our crossing on that night's boat for at least a week or so later... I did (and I even had to unload the - expletive deleted - Chesterfield again)...The team member who answered the phone at Brittany Ferries head office was very helpful; extremely understanding. Unfortunately that wasn't the only time I needed to rearrange the trip, so after four weeks I decided to move this booking back to July 29th meaning that our return for that booking would be August 12th. There were though two other trips before that - but they were only after my lovely mum in law passed away on April 8th... Her funeral was one of both sadness for a life ended but, yet joy, for one fulfilled with 99 (and a half) years well run. 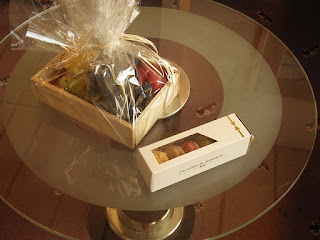 Imagine our surprise after all our ups and downs and heartaches when we printed out our ticket for the July crossing and we saw that our return trip's daytime cabin was to be one in Commodore class. We thought initially it was a mistake - but decided not to 'complain', else it should be withdrawn. There had been two or three phone calls to postpone or move bookings and so a charge for that crept in too and quite understandable that should be so - maybe even our understanding that the upgrade might have cost us extra. But, better to wait and address the problem as and when it would undoubtedly arise at Check In either at Portsmouth or St Malo. At Portsmouth's Check In cabin on July 29th the clerk said, as he handed over passports boarding card and cabin keys and Voyage magazine... "You know you have a cabin upgrade on your return trip don't you?'...

I'm not sure whether it had been my sneery mentions in previous blogs about never having had an upgrade... A marketing department initiative to introduce the likes of us in 'steerage' to what life could be like if we weren't so tight with our money....Could it be those very nice people at Brittany Ferries HQ who had spotted our reasons for the 'tourettes like' postponement of successive tickets and Sue's sad demise OR a little bit of divine intervention from our dear one departed...

But, however it really came about - a big 'heads up' and thank you to the team at Brittany Ferries... They were all great. We even got a basket of fruit and a box of Macaroons! We've subsequently checked the list of what you get when you book a Commodore Cabin intentionally... and you don't get either of those!!!
We were even supplied with a welcoming party in Portsmouth Harbour - a flotilla family of swans right outside the window!

Whatever was the spark that started this 'Commodore Experience' thanks a million! It's an all round wonderful way to cross the Western Channel!...and... We'll be back!